Red Pepper is a very small, very exclusive, very luxurious hotel that gives one the sense of being outdoors, in the open.

An eight-acre plot surrounded by an acacia forest. We actually drew the house in the open spaces between the trees. Read More >

Red Pepper is a very small, very exclusive, very luxurious hotel that gives one the sense of being outdoors, in the open.

The client, Fernando Torres, wanted a private residence that shared a connection with Lamu but was secluded from the main town itself. He had a passion for architecture and at the same time liked to be in contact with nature. Combining these two attributes, a chance was presented to create a form of organic architecture that had a balance of traditional craft and modern requirements. The client had great respect for the environment and wished that the design process preserved the forest as much as possible. Likewise, the construction process and eventually the running of the building were to share the same attribute.

There are very specific needs of the client.

– The house was to be designed in zones that could be occupied by the whole family or reduced to one when he was alone.

– Fernando wanted to have one acre of the plot secluded for his friend, Rafa, where a private residence would eventually be designed for him too.

– Fernando also had a knee problem, which meant that the house would have to be designed on one floor.

– He is a major contributor to the Anidan Children’s Shelter that lies not far behind the plot and desired to have a close relationship with the orphanage. Eventually Fernando would like to profit from a design where parts of the house could be rented out yet still maintain a barrier of privacy between the occupiers and himself.

This needs made necessary to revisit the Swahili traditional catalogue of solutions to give response to very specific demands.

Located on the island of Lamu towards the north end of the town, the plot is immersed in vegetation and bordered by the beach on its southeast slopes. The forest, consisting mainly of mangroves, provides very few open spaces in between and hosts an abundance of chirping birds. These natural features enable the development of a building, whose design creates a harmonious dialogue with its surroundings. Without being completely isolated from the local population, its location provides a space where privacy is safeguarded by the nature that surrounds it.

The challenge is to give response to very specific requests not specifically related to the local tradition and to do it using the local construction systems, workmanship, and sense of space, looking towards the future yet having one leg grounded in the past.

Gaining knowledge from local Lamu construction, the project will be approached in a similar way and, paying great respect to the surrounding environment.

The house is to be integrated with the history and nature of the island composing a dialogue of organic architecture.

The idea is to respect all the big trees on site and take advantage of them to create a disposition of open/closed and sunny/shadowy areas. The footprint of the house is the result of building only in the areas not occupied by trees. this footprint corresponds to the area covered by the roof structure with no walls, the only enclosed spaces are the bedrooms which are linked together under the continuous roof.

The architecture incorporates different levels of closure that create a transition between indoors and outdoors.

Arriving to the house from Lamu we find small coral stone masonry houses on the sandy beach creating a scattered urban pattern. This layout and material is used for the setting out of the bedrooms, the only fully enclosed spaces in the house, presenting a sense of security and intimacy.

In the Swahilli architecture the makuti  roof is used as a structure over the roof of the house or detached as a temporary construction. Here it has been enlarged to cover the dispersed layout of the rooms under a single space protecting from sun and rain, In this external spaces one can share a close connection with nature.

The relation between the traditional elements has been altered to meet the client’s requests.

The whole design and construction process was engineered to be as eco-friendly as possible. The footprint using the open spaces avoids cutting down the mangroves.

The use of purely manual labour and local materials such as timber and coral stone ensured that the project had minimal impact on the environment with a very low carbon footprint. Local craftsmen intricately completed the traditional handiwork.

In order to exploit the sunny climate of Lamu, the project hosts two different solar energy collection devices. Solar water heaters absorb the sunlight and use the energy to heat water. The advantage of these solar heaters is that hot water is available on demand throughout the course of the day without negatively affecting the environment. It only seems right that the same idea is incorporated in generating power and thus the project also uses photovoltaic cells to provide electricity to the house.

Like the construction process, the use of solar energy ensures that the running of the building also keeps a very low carbon footprint and minimal environmental impact.

The house accommodates a water tower that uses gravity to send water to the taps and showers and eradicates the need for a pressure pump.

Lamu can get very hot during both day and night.

Passive means of ventilation are used.

Cross ventilation by having windows or large open spaces on the windward and lee sides of the building allows airflow across the space. This naturally cools the room. Winds passing over the sea will bring a cool breeze into the house and the lack of energy usage in this process makes the building very sustainable.

The materials used play a part in keeping the building cool. The traditional makuti roof provides a barrier from the sun and is also a good thermal insulator. The coral stones used for construction share the same quality keeping the rooms cool. 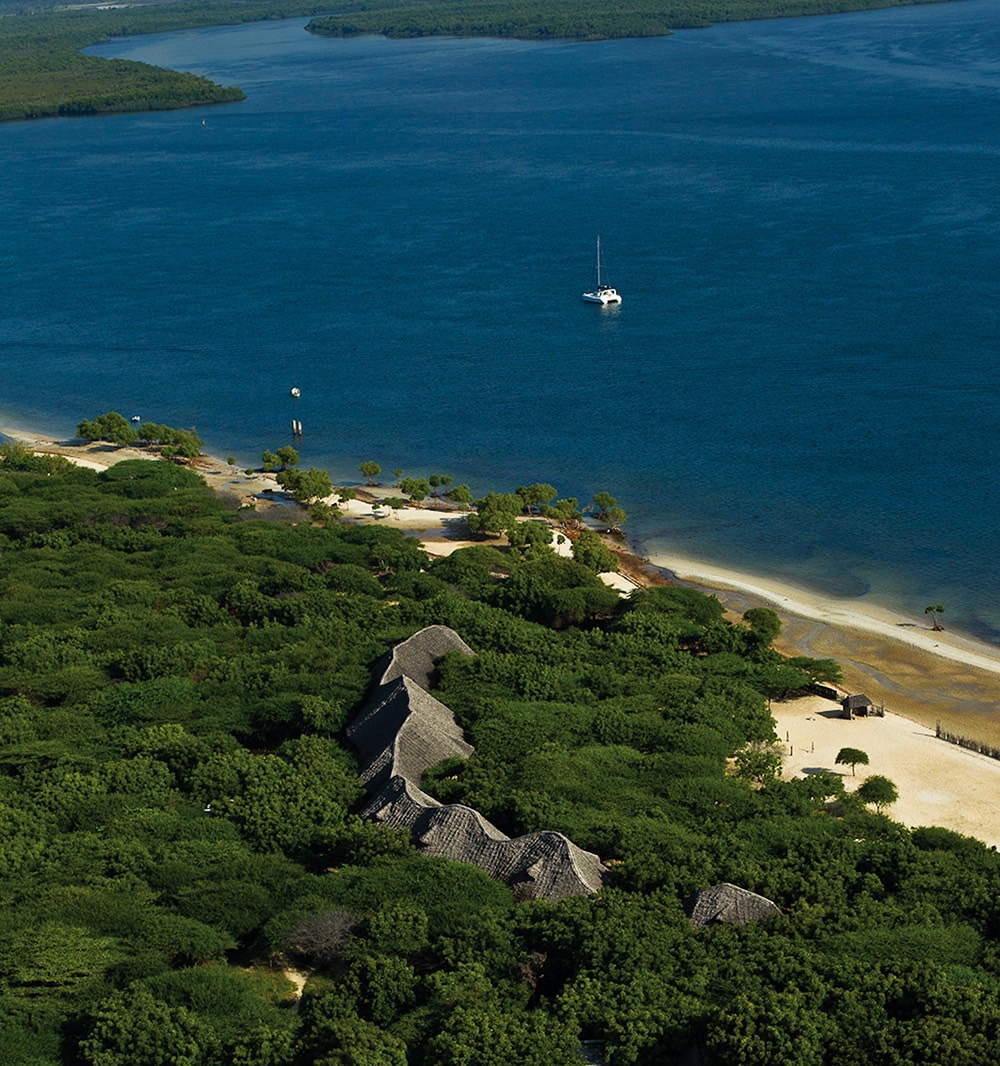 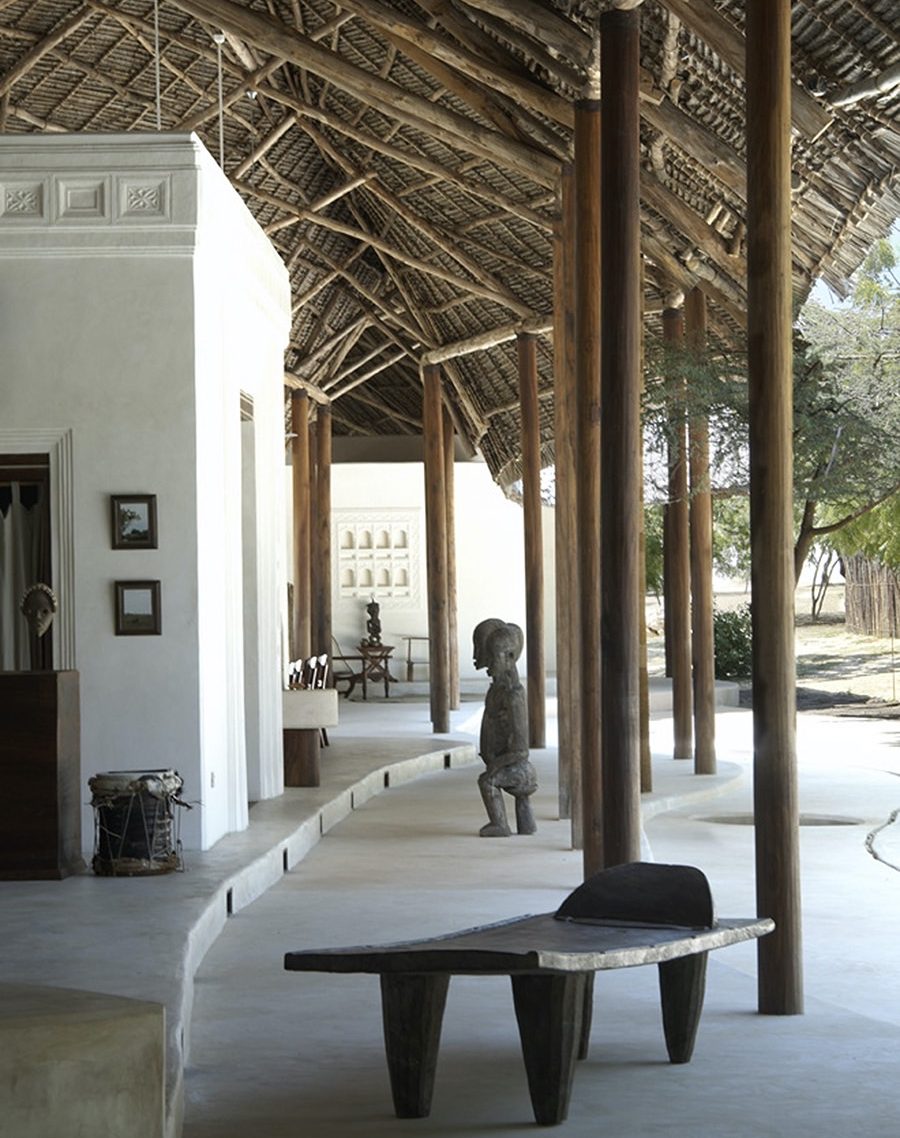 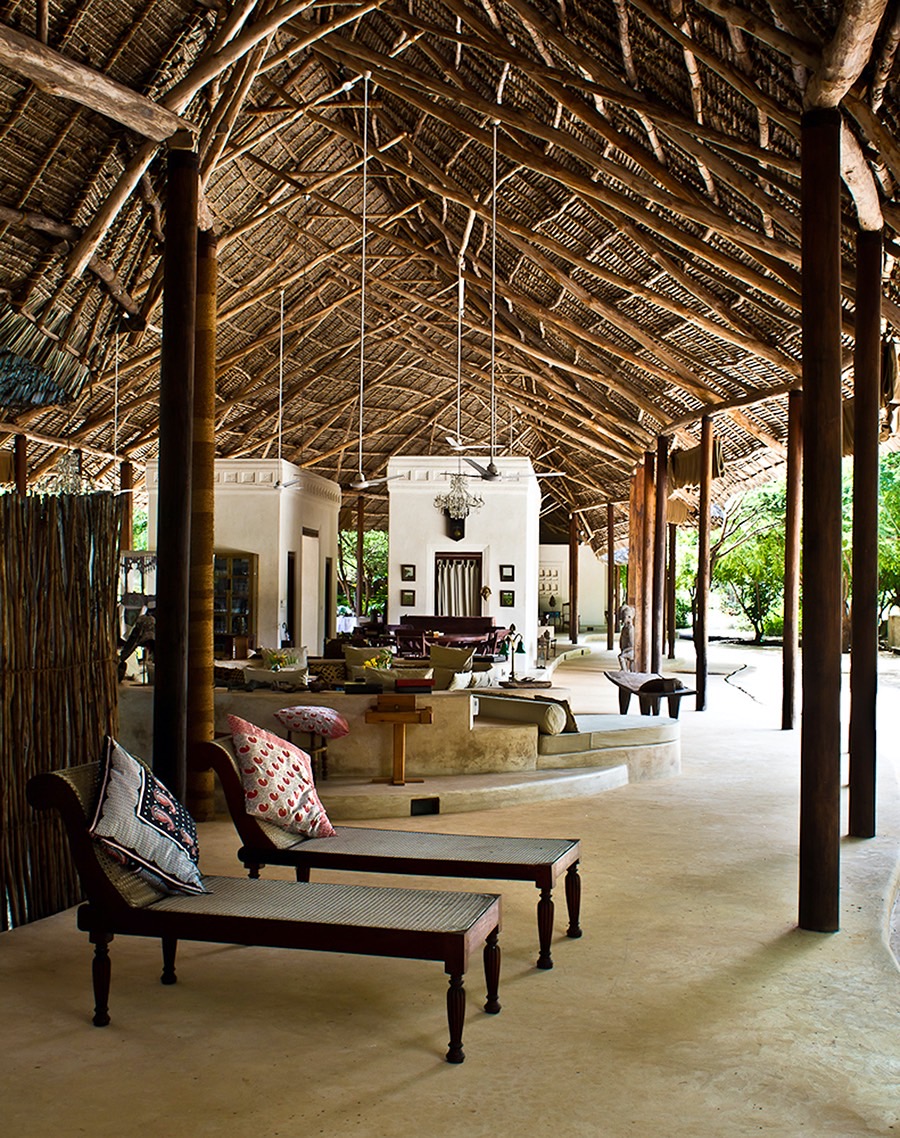 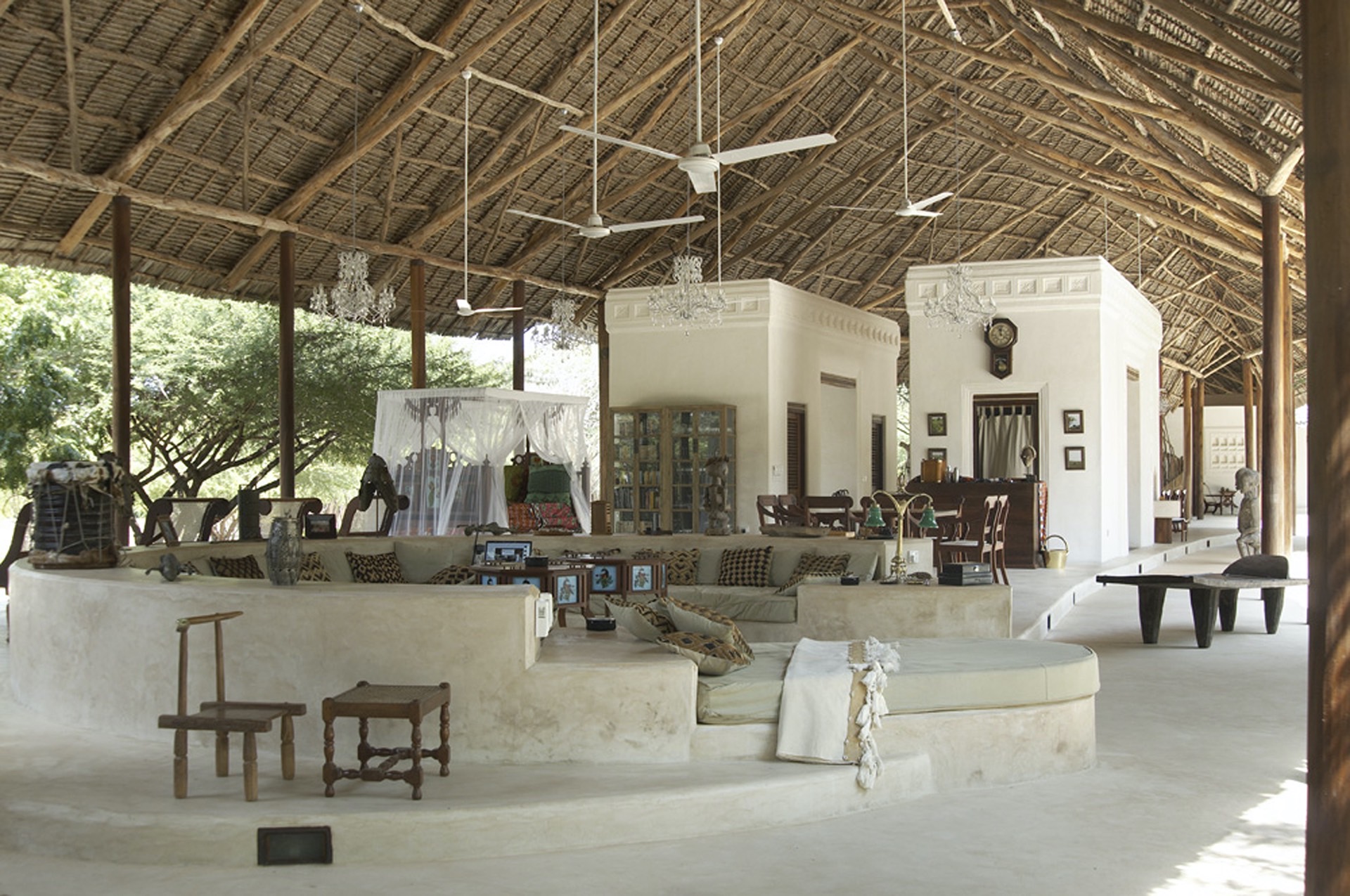 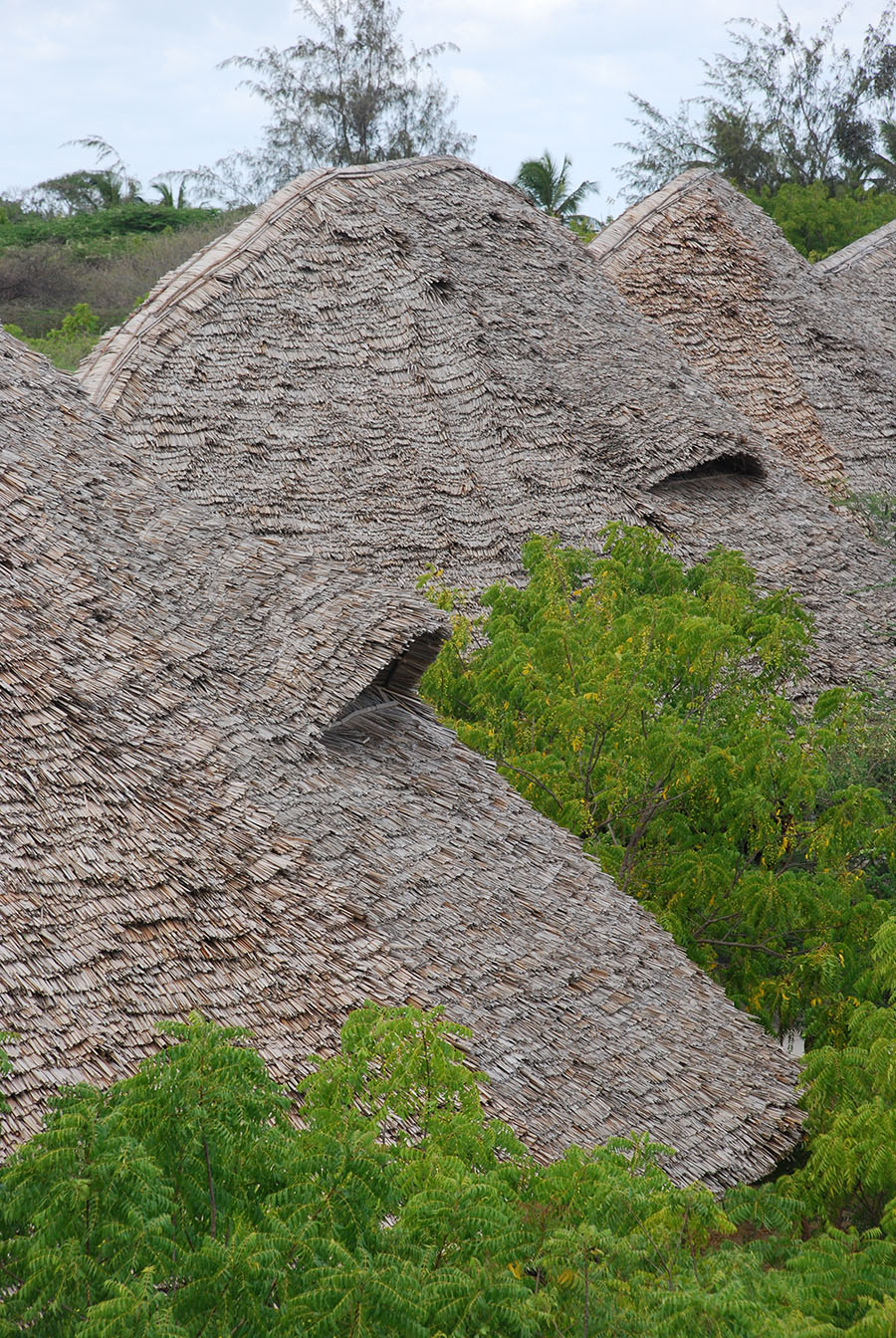 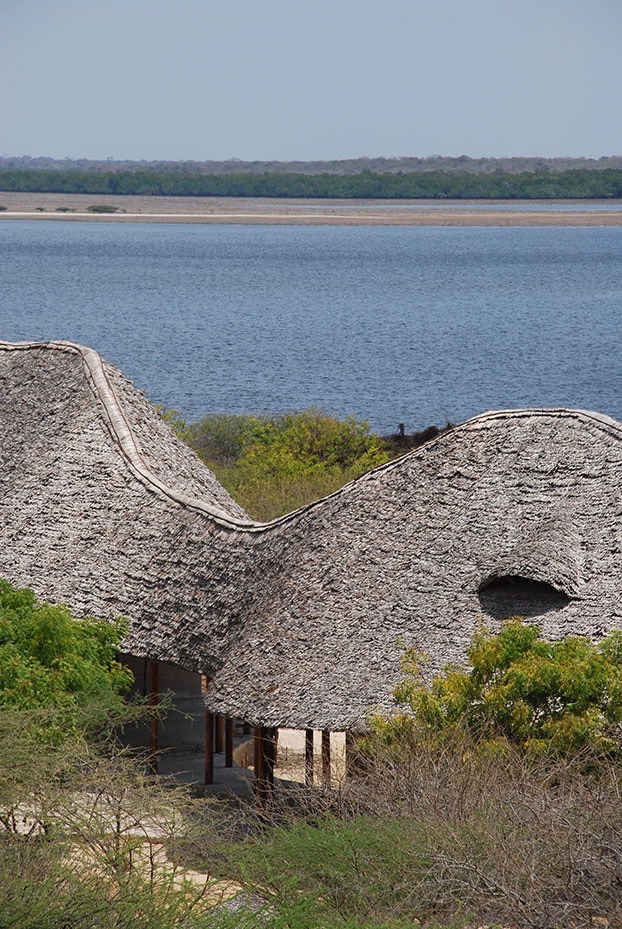 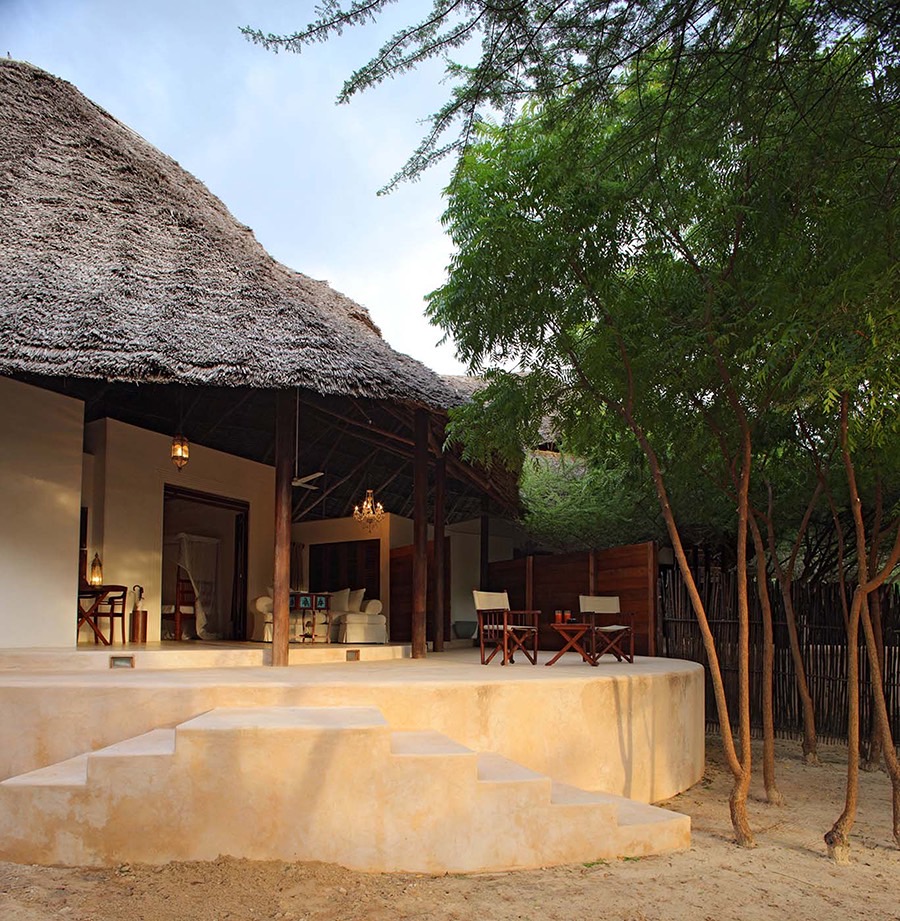 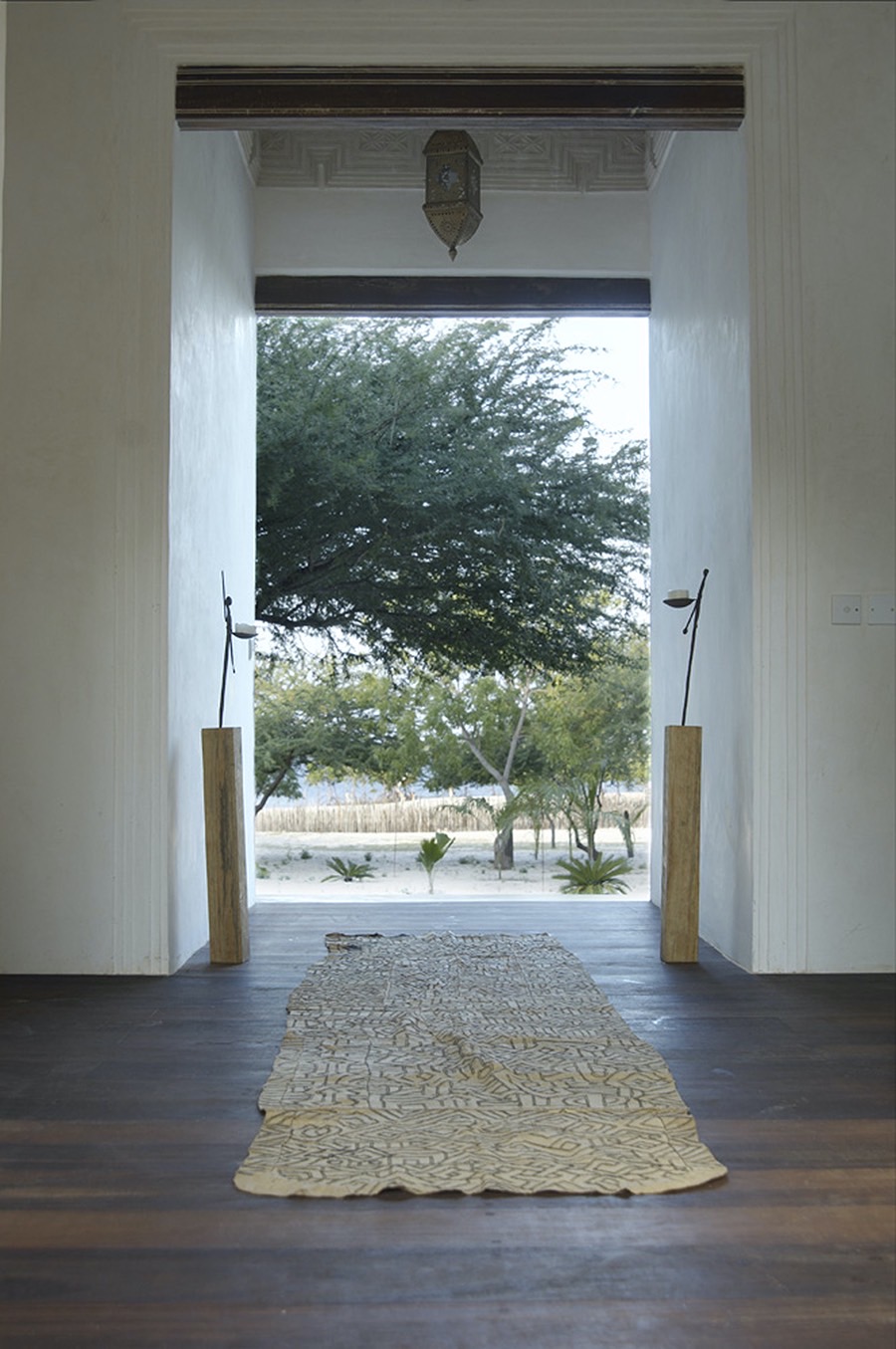 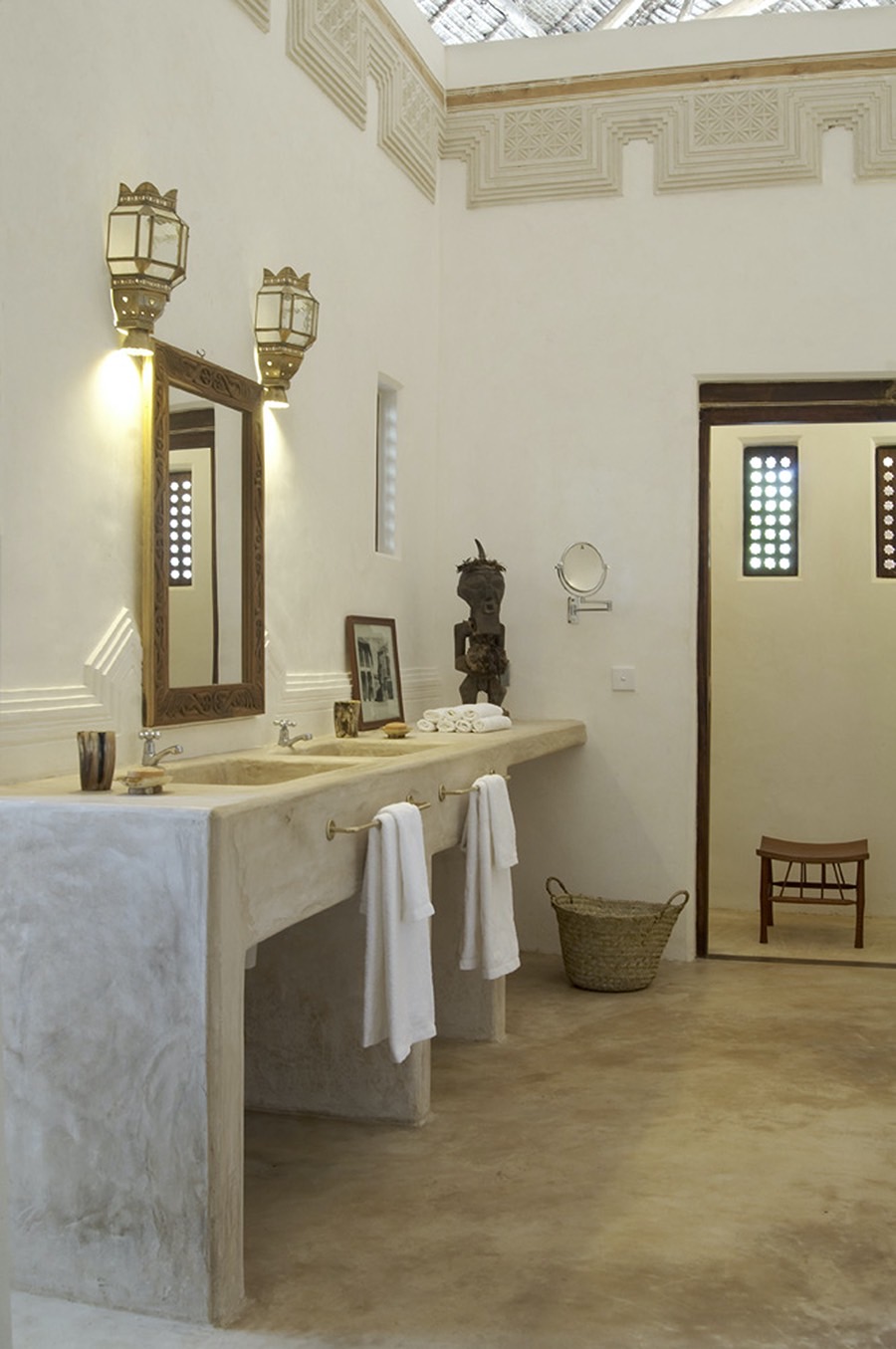 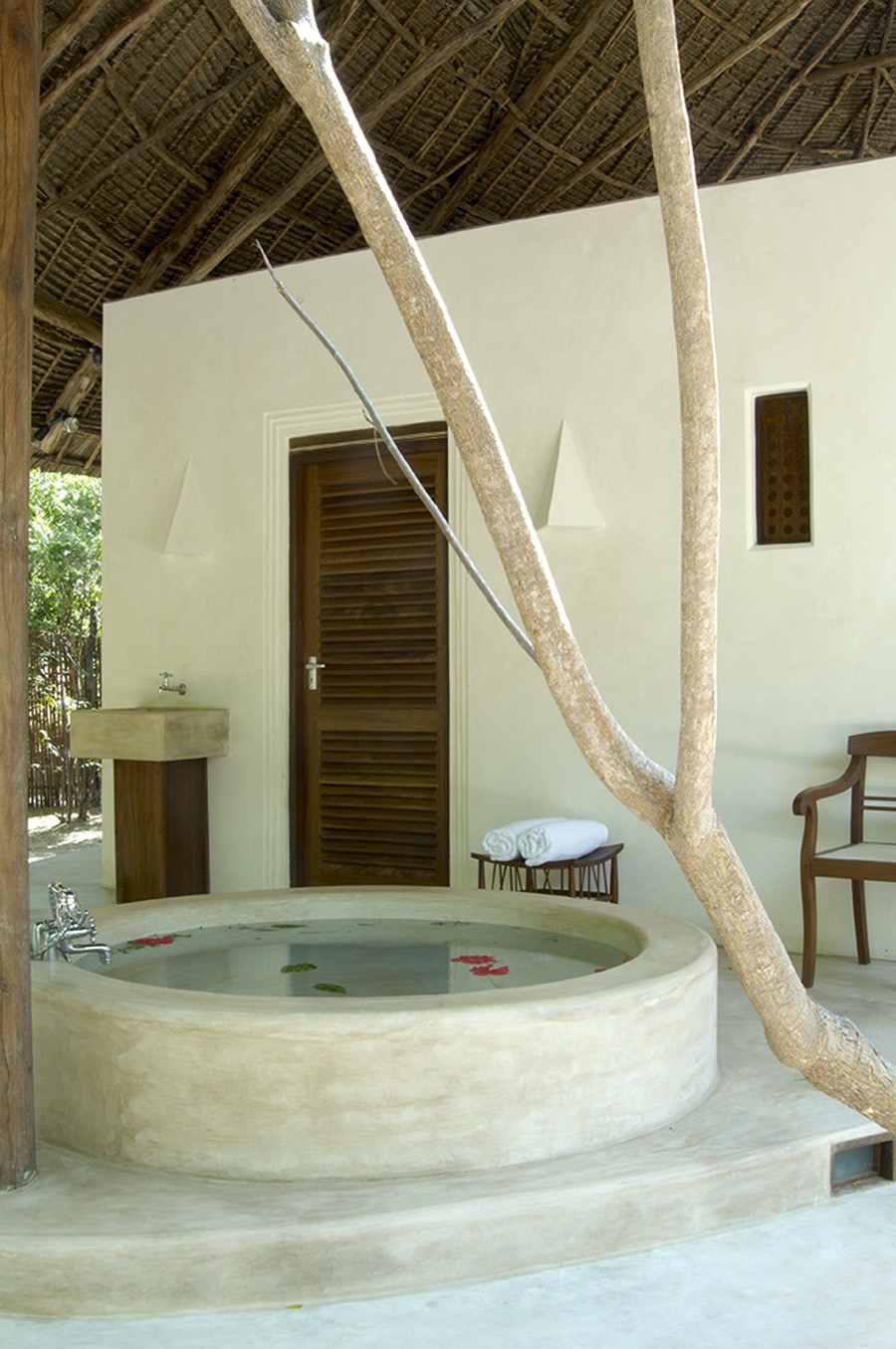 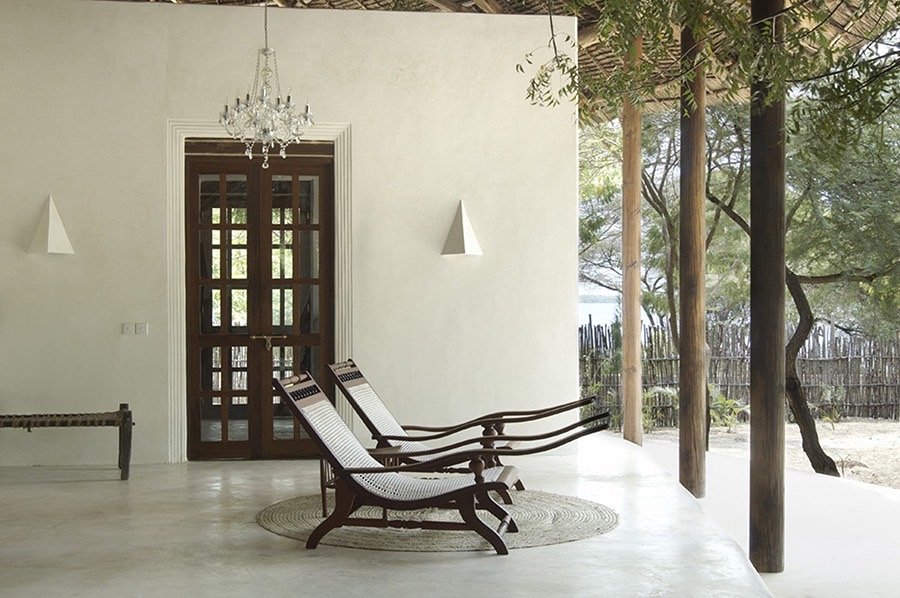 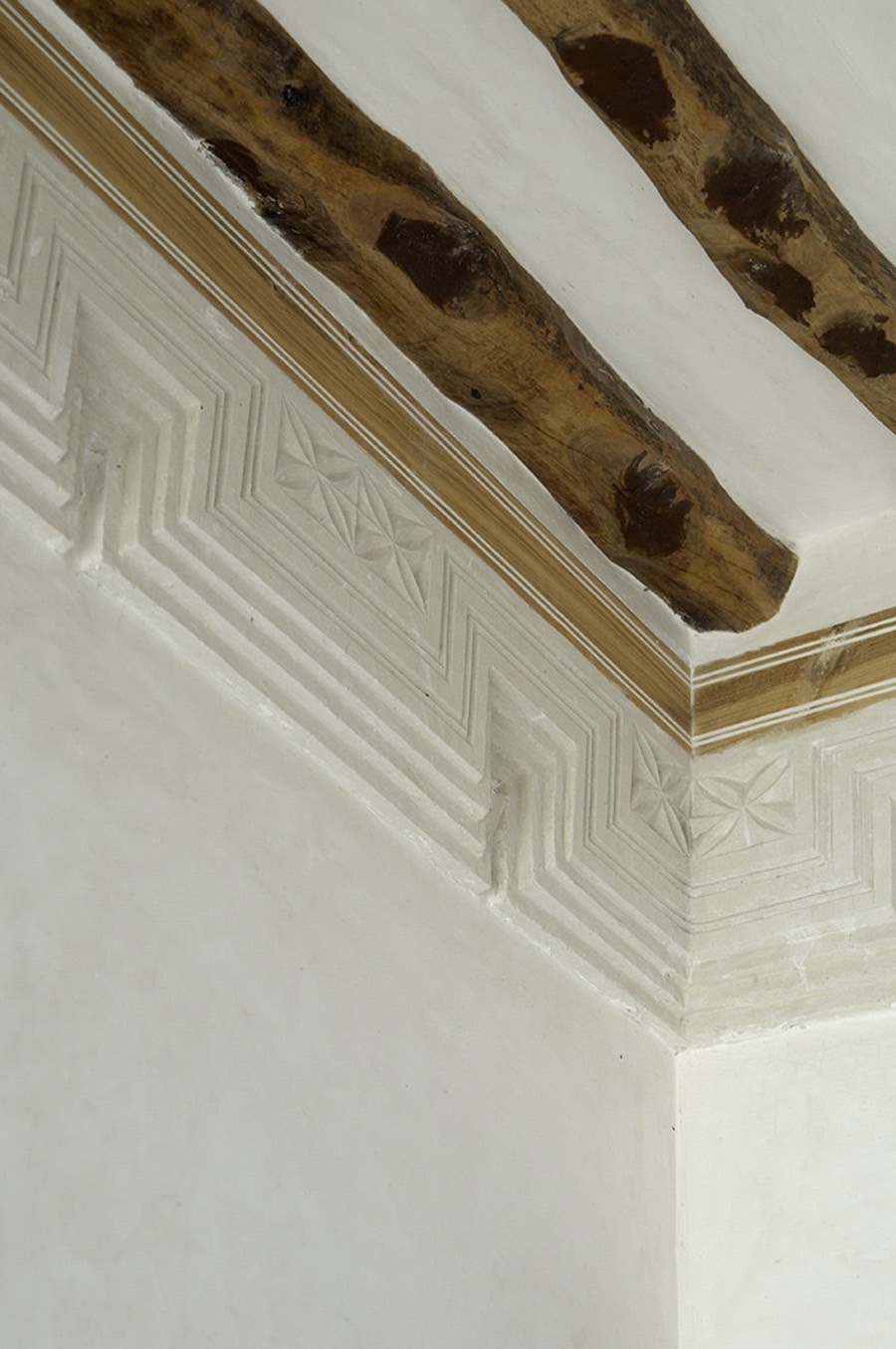 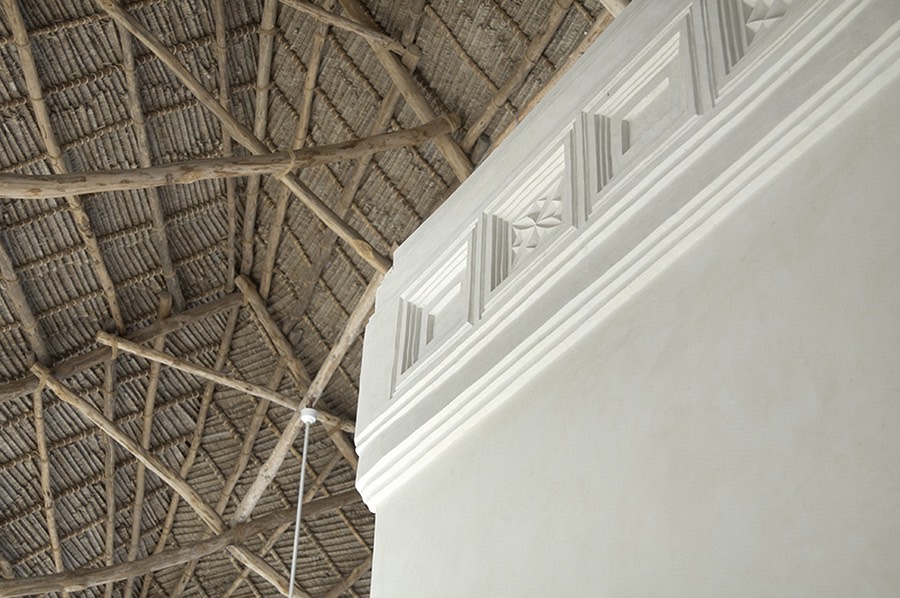 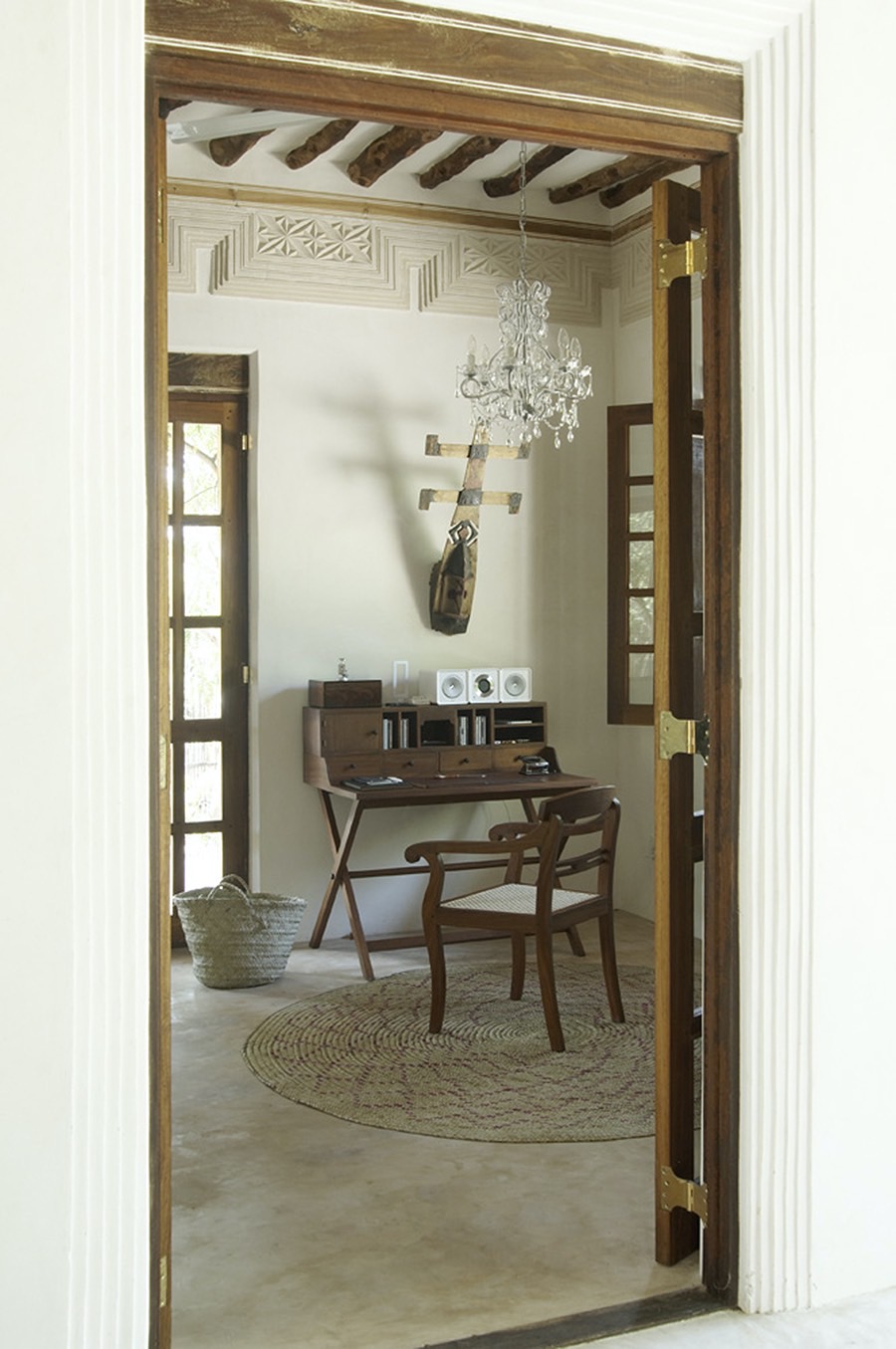 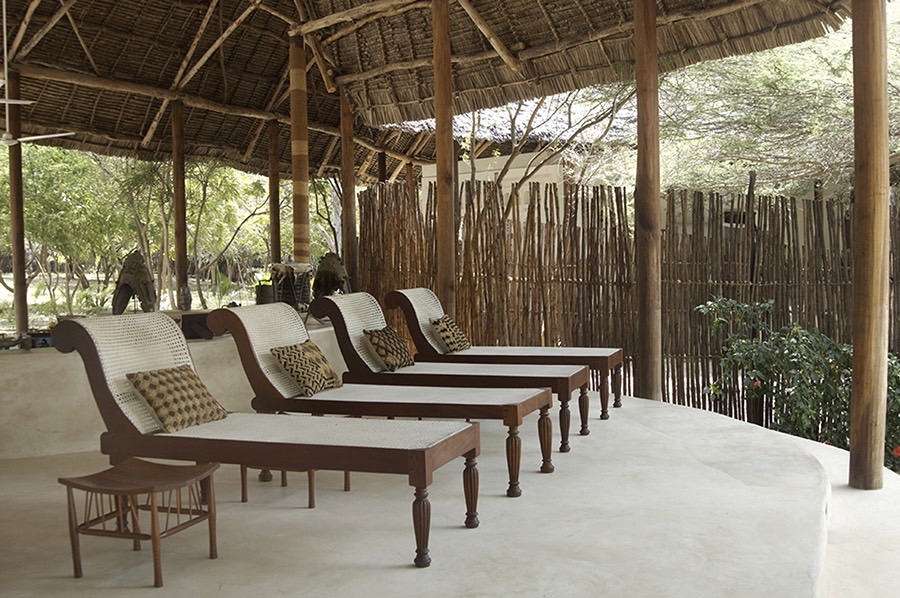 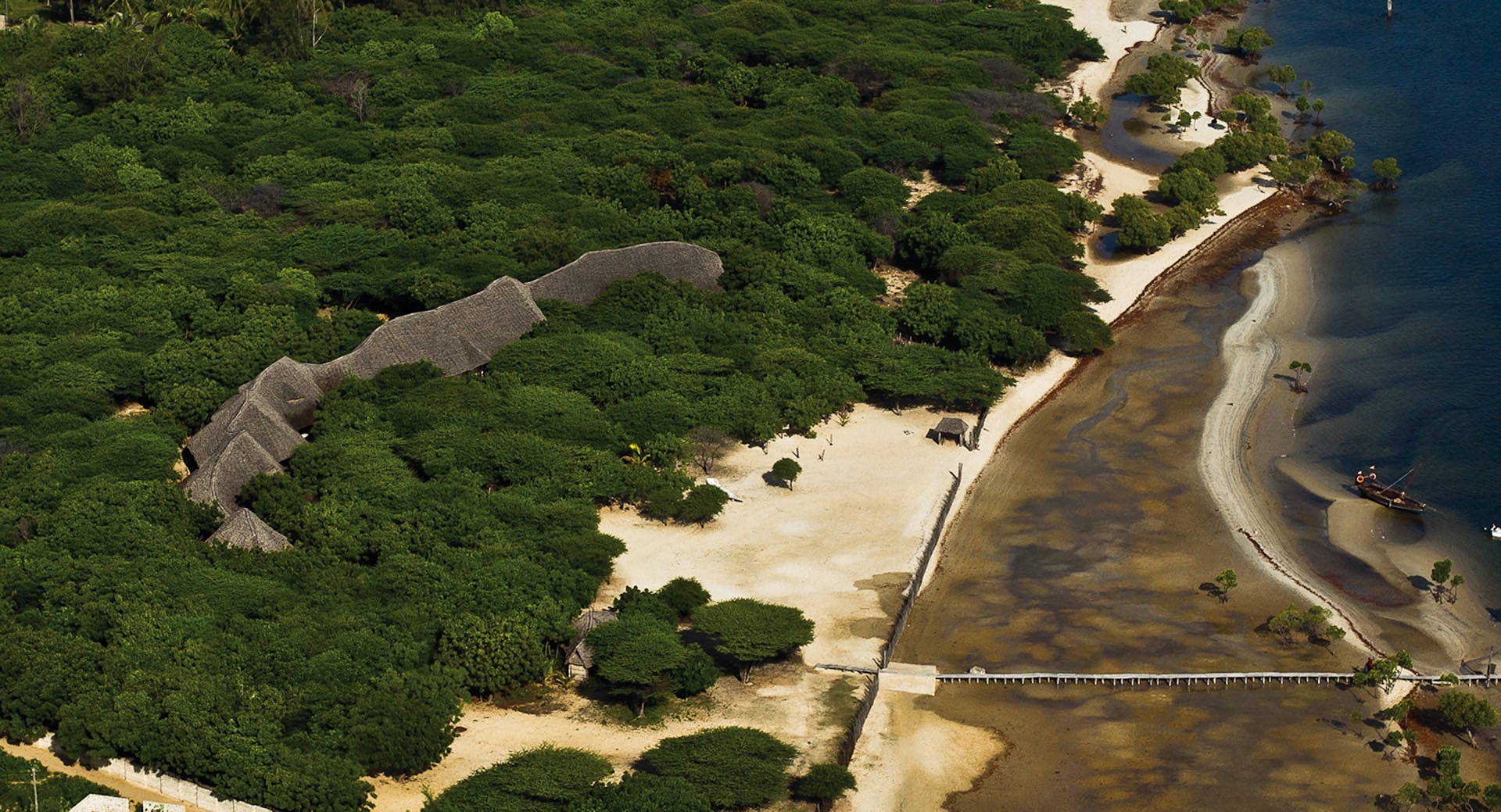 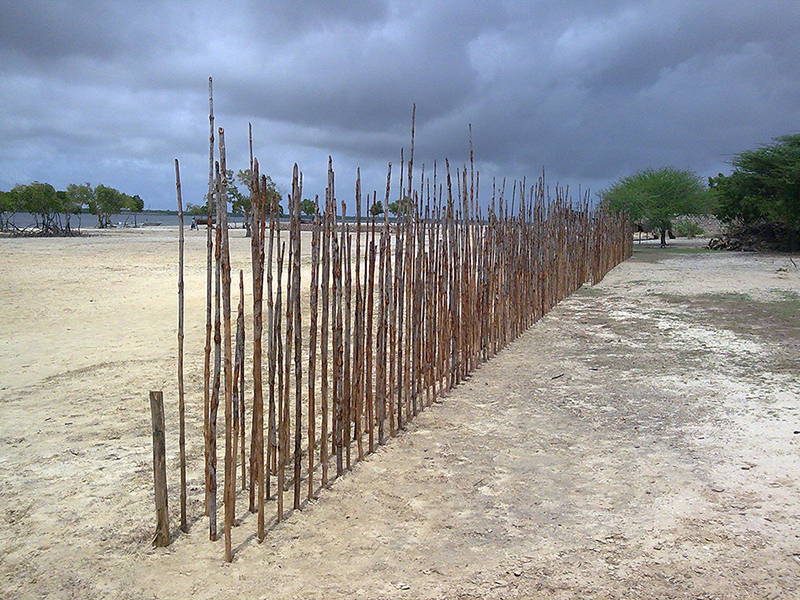 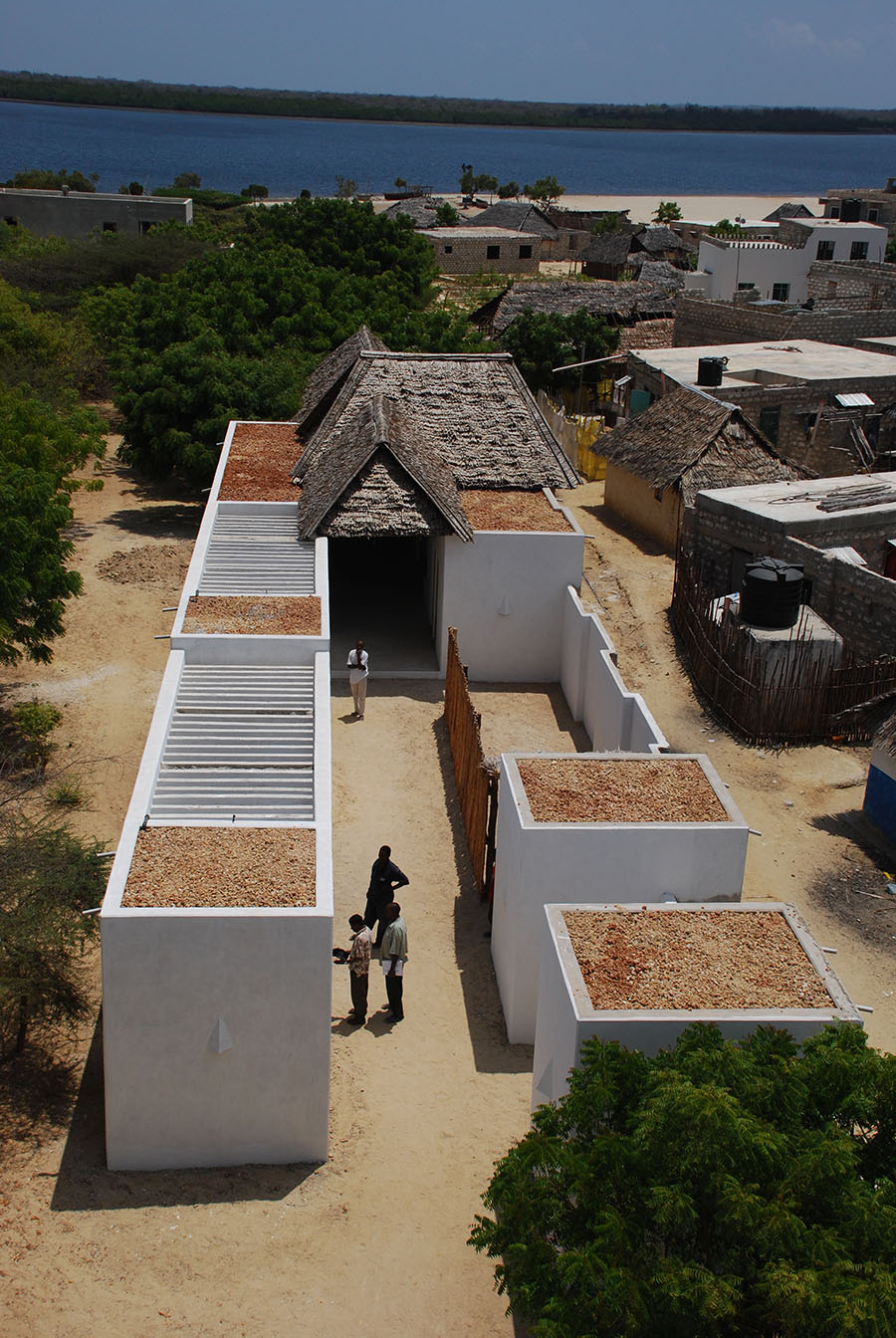 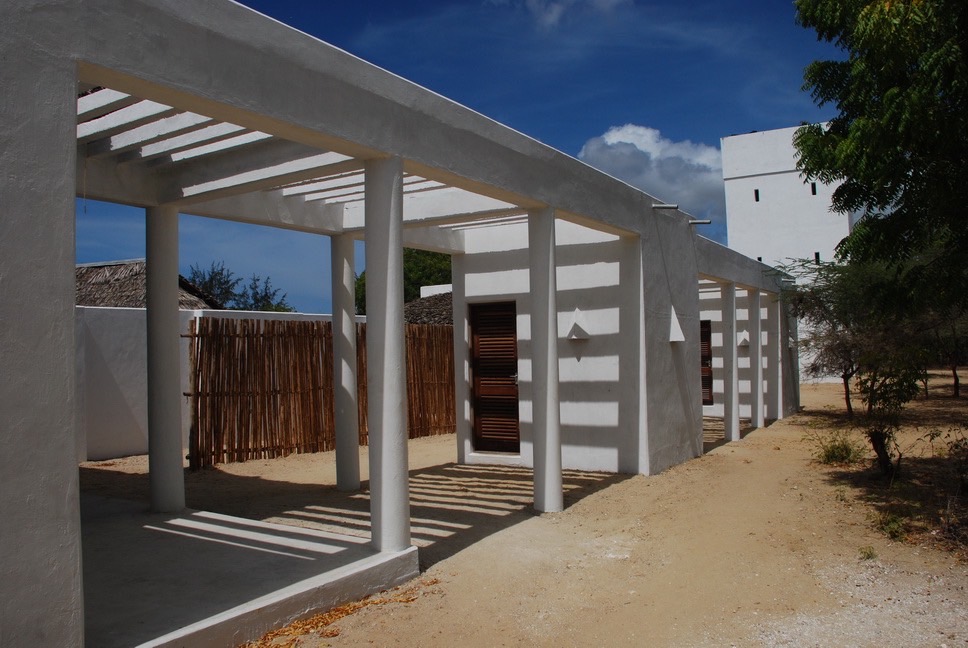 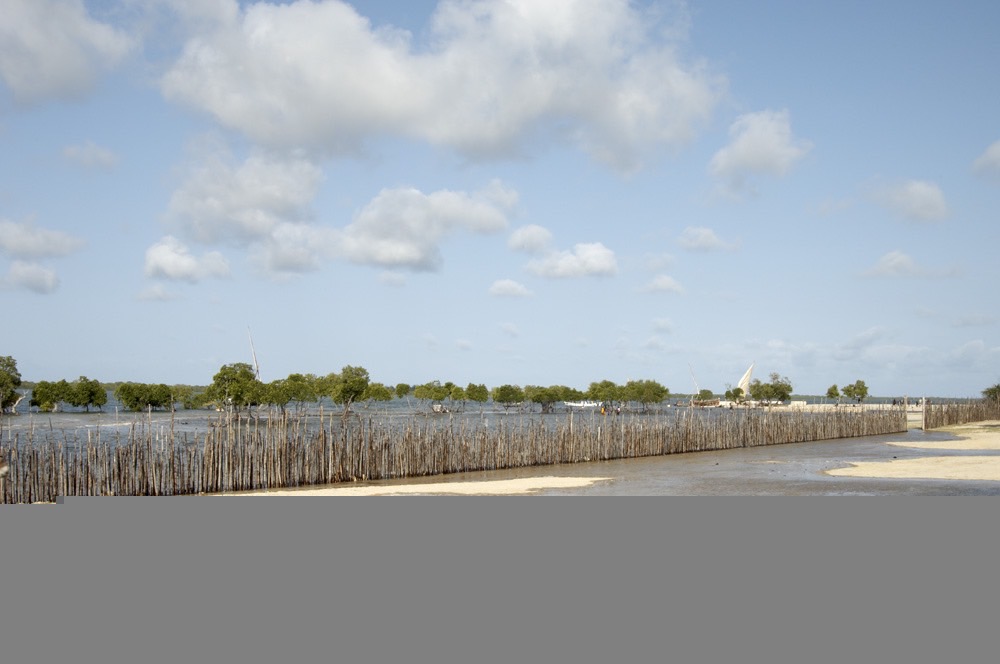 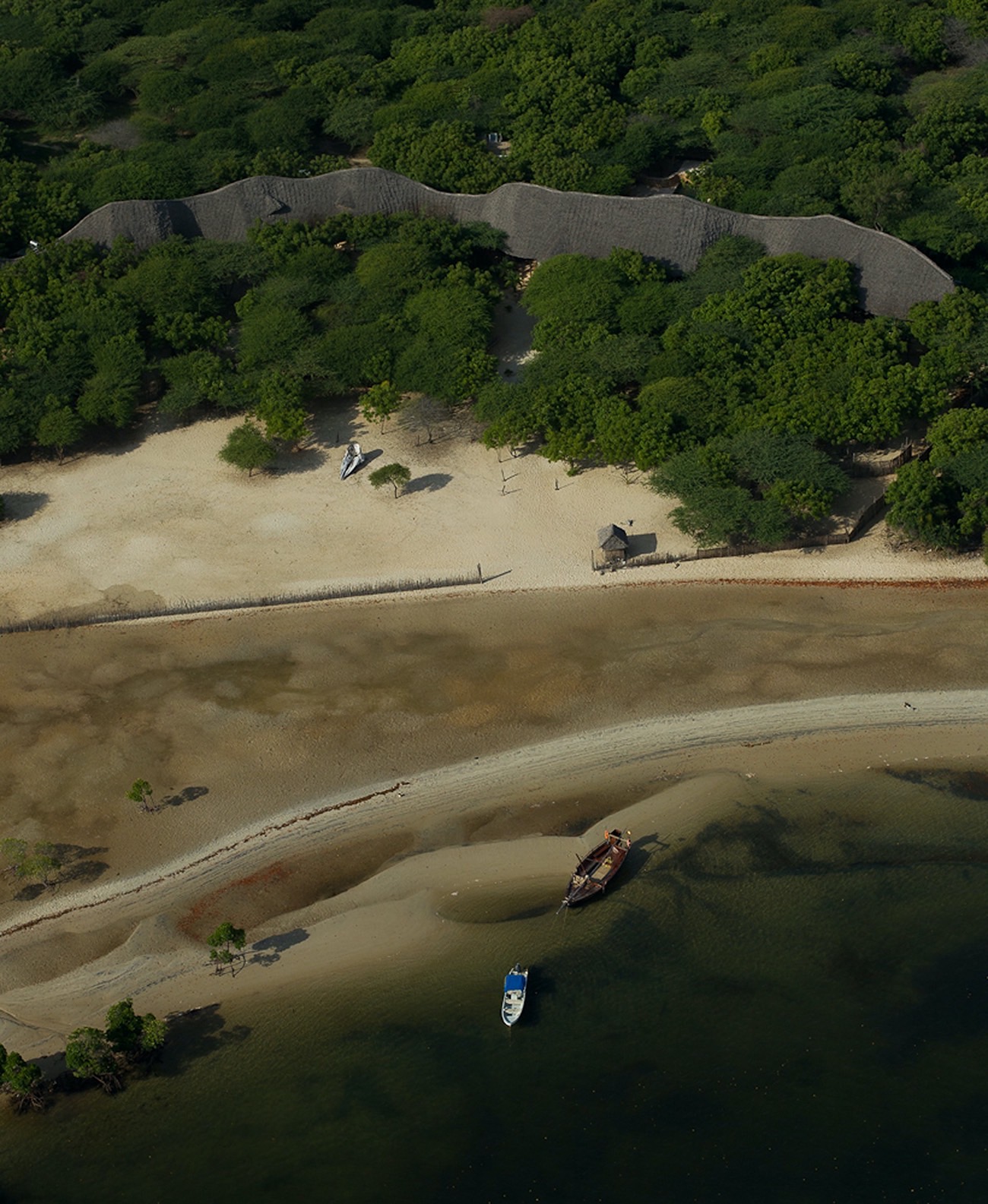